One of the characteristics of Barcelona is the multiplicity of periods and styles of Architecture that coexist : the heritage of the Romans; the extraordinary medieval Gothic quarter; the magnificent Modernismo architecture of Antoni Gaudi with the Sagrada Familia among so many others. The rich and numerous museums of the city will satisfy the curiosity of the most demanding travellers. It is the city of artists: Joan Miro, Pablo Picasso, Antoni Tápies…Barcelona is also Mediterranean, a city filled with sun, light, colours and smiles in a lively and cheerful atmosphere! 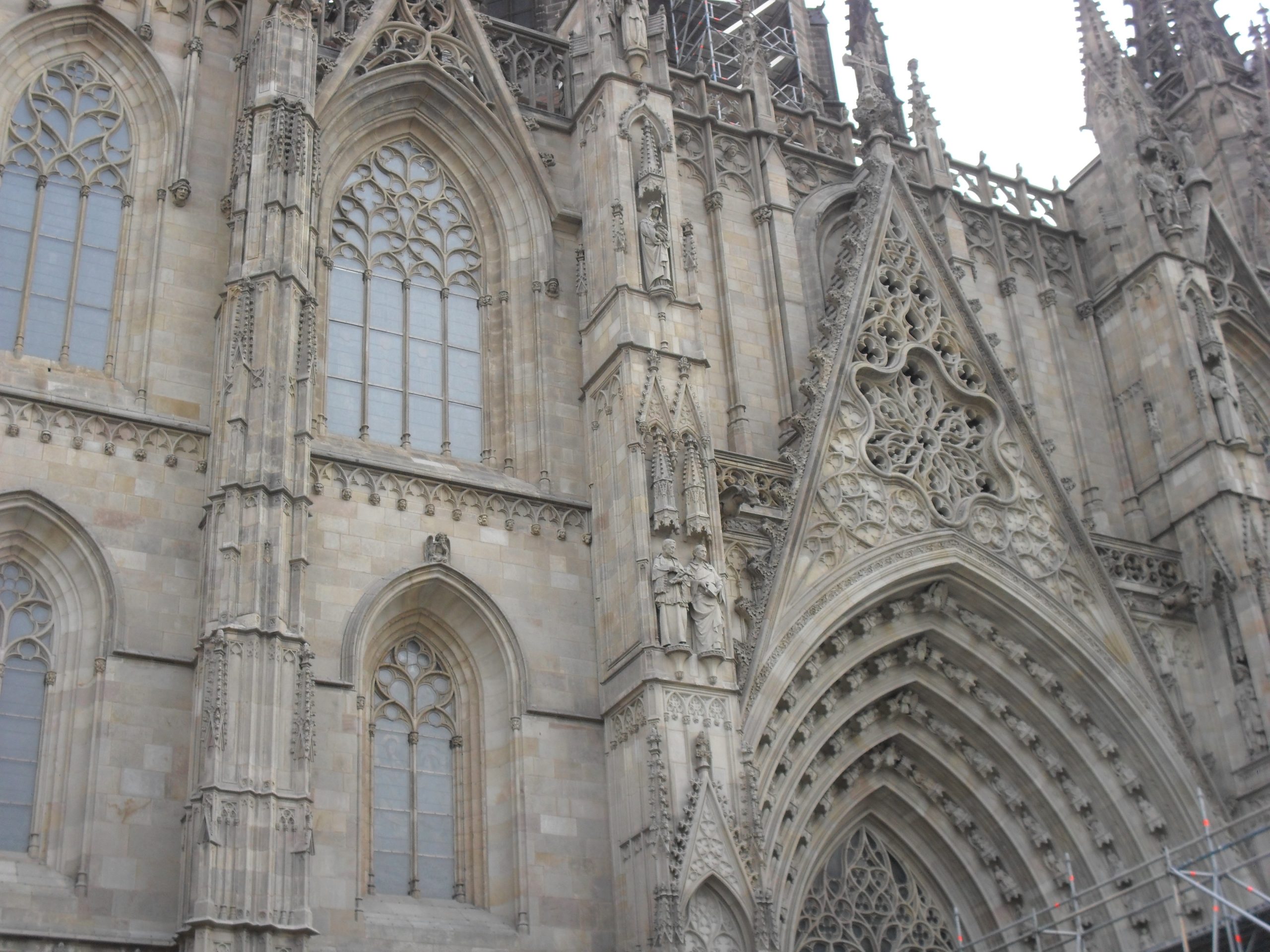 The excursion begins in the oldest part of the city, the Gothic Quarter, where the history of Barcelona began. The visit of the old town, the cradle of the Roman colony of Barcino, the Gothic Cathedral of the Holy Cross, the King’s Square, Sant Jaume Square, the Jewish quarter of Call with its former synagogue, the oldest in Spain, without forgetting, of course, Les Rambles with its living statues, its great theatre of the Liceu, its flower merchants, its bird market, the Boqueria market, the largest in the city, with its profusion of fruits, spices, fish and seafood.

We will end our walking tour at the Pablo Picasso Museum, in Montcada Street, which is located in a building made up of five splendid townhouses of the Catalan aristocracy in a neighborhood that enjoys 900 years of history. It adjoins the more bohemian neighborhood of La Ribera, once populated by sailors and merchants who financed the construction of one of the most magnificent Gothic churches in the city: Santa Maria del Mar, which was completed in only fifty years.
The Pablo Picasso Museum, located in the Ribera district of Barcelona, is unique in that its collection allows us to see the evolution of the great Spanish artist who loved this city passionately and lived here for 9 years during his youth and gave thousands of his works to the city.
If you wish to visit the Cathedral and the Picasso Museum, tickets must be paid for on site. With your guide, you will avoid the queues.
I look forward to meeting you all!